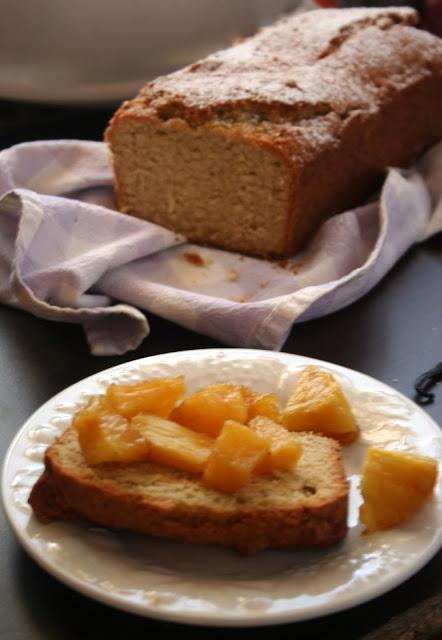 Some of you may not know that I served a short stint in culinary school. In fact, it was culinary school that made my move from Upstate New York to Salt Lake City, UT a legitimate option. But 6 months later, I decided it was more important for me to work than to pay to go to school, and I stayed in Utah . . . For now, at least.

I learned more in those short 6 months about cooking and baking than the 21 years prior. And as important as the lessons from the books were, I am thankful for the lessons I learned when we were given some time to stray away and make whatever we felt. I can't remember who pulled out the pineapple, or even what class I was in when it happened; all I can remember is how the skepticism of the concept washed away as I opened the oven and was completely overtake by the smell of pineapple roasting along with brown sugar and a vanilla bean. I love the way smells can do that.

So, nearly 2 years later, I did my best to recreate that memory. And as I opened the oven and closed my eyes, the smell was almost exactly the same, but now had a bit of orange which put it over the top

Because this is a recipe I love so much, I knew I needed to create a recipe to compliment it well--something sweet, simple, and non-competitive: enter coconut cake. This coconut cake is soft and sweet and packed with triple coconut flavor. Now, if you choose not to make the compote (although, why wouldn't you?) or decide to use it for something else, this cake is perfectly lovely with a sprinkle of powdered sugar and a pat of butter with your morning coffee (because we all know that if you don't put frosting on a cake it's perfectly acceptable to eat it with breakfast). Enjoy!! (the taste, and the smell) 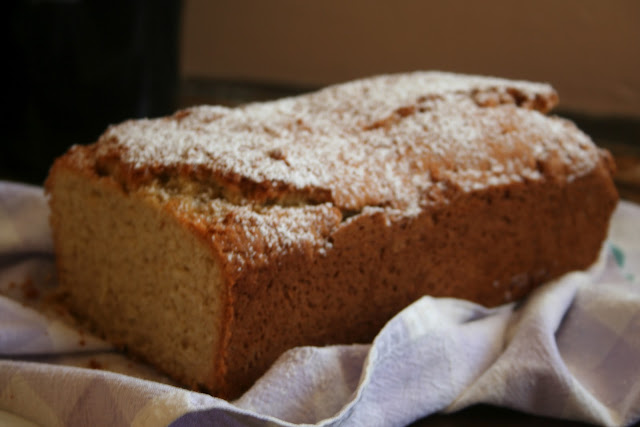 Cream together butter and sugar. Scrape down the bowl and paddle. With the mixer running on low speed, add eggs, one at a time. Add milk and vanilla. Scrape down bowl again.

In a separate bowl, stir together the rest of the ingredients (except the pineapple compote). Add this mixture to the other and mix on low speed just until combined.

Pour batter into prepared pan and bake for 55-60 minutes, or until a toothpick inserted into the center comes out clean.

When cool, remove from pan and sprinkle with powdered sugar, if desired.

You can keep this mixture in the refrigerator for up to a week. Re-warm it to serve over cake. 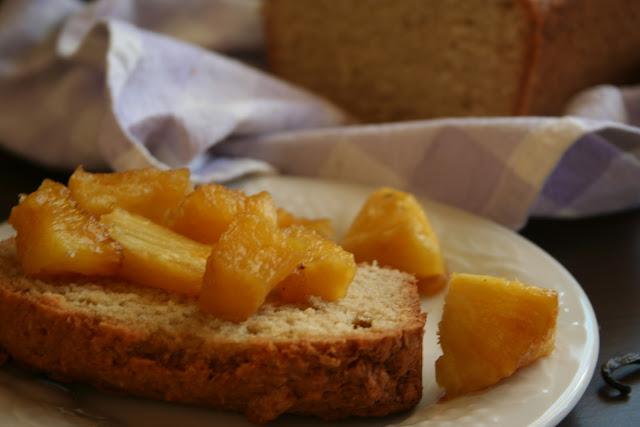