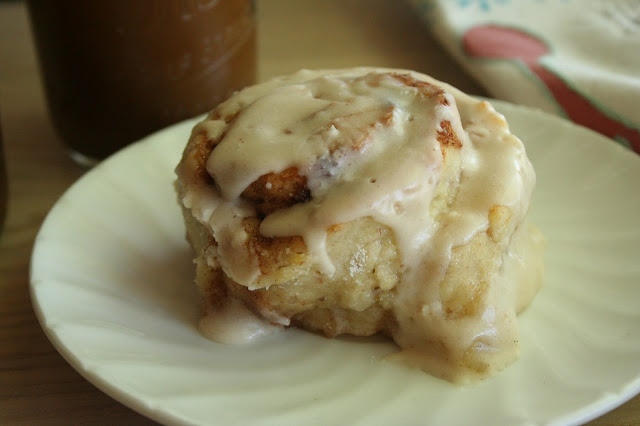 Guys . . . I did it: I made gluten-free cinnamon rolls that rival the wheat-filled ones we've been longing for as we press our noses against pastry cases and sigh because we must deprive ourselves. No longer, my friends. Indulge away.

Every few months or so I become so enraptured with a pastry that I have had trouble making gluten-free that I can hardly think of anything else. So I read, and I convert, and I seethe in anger and determination until I get it right. I mean, I have been given the gift of and passion for being able to make delicious gluten-free baked goods, I owe it to myself (and to you guys!) to try until I succeed! 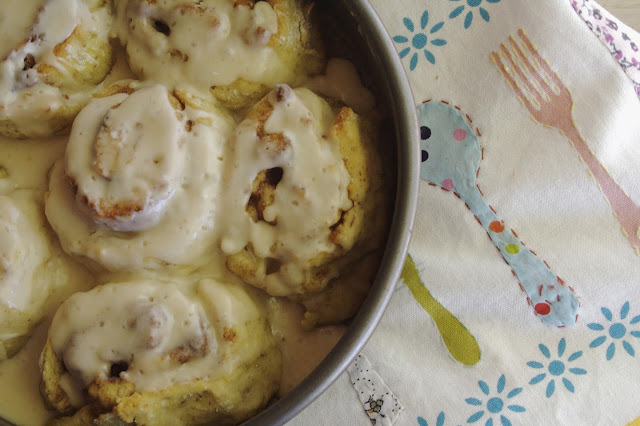 These cinnamon rolls are the product of a lot of determination and even more grace. I must thank Gluten Free Girl for her bread recipe from "Gluten Free Girl and the Chef" (the only GF bread recipe I've ever used where the dough actually rises), which I used as a jumping off point for this dough. Also, The Pioneer Woman for her cinnamon roll frosting recipe (slightly different than the one I made for these), because, obviously . . .

So, make them, eat them, give them, lick the plate clean (or try to resist and let me know if you're successful so that I can send you a medal), and happy dance around your living room like I did this morning when I realized how good these were. Enjoy :) 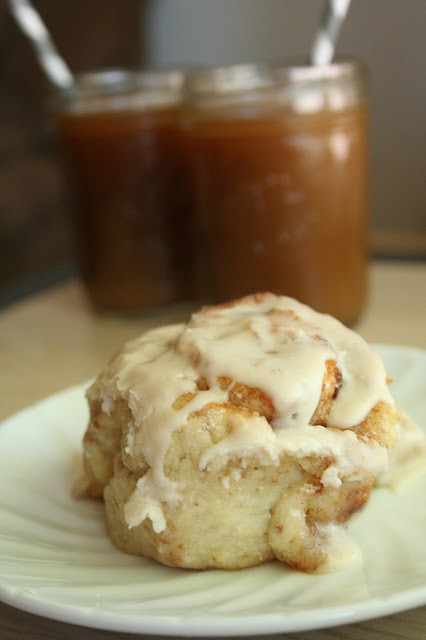 Stir together milk, oil, and 1/4 cup sugar in a small saucepan and set over low heat. Heat to about 110 degrees F  (temperature is important, people!!). Remove from heat and sprinkle yeast over the top. Let sit 5 minutes.

In the meantime, place potato starch, almond flour, oat flour, 1 cup sweet rice flour, xanthan gum, and salt in a mixer fitted with the paddle attachment and mix on low speed until combined. Add eggs. With the mixer running on low speed, slowly add milk mixture and mix until it is all fully incorporated.

Remove dough from the mixing bowl (it will be more wet and not look exactly like a gluten-filled dough) and place in a lightly-oiled glass or metal bowl. Cover with a clean cloth and let rest in a warm place for 90 minutes.

When the time is up, the dough should be 1.5 to 2 times the size as the original. At this point, stir in 1/2 cup more sweet rice flour. Lay a sheet of parchment onto a clean surface and sprinkle with a bit more of the rice flour. Set the dough on top of this surface. Sprinkle with the remaining rice flour and roll the dough into a rectangle using a rolling pin (the rectangle should be about 10x16 inches).

Pour most of the melted butter over the dough, reserving a bit to grease two 8- or 9-inch cake pans. Sprinkle 1/2 cup granulated sugar and the cinnamon over the butter. Starting with one of the longer ends, roll the dough carefully toward the other end, pinching the ends together to seal them. Using a sharp knife, cut the rolled dough into about 3/4 inch rolls. Place the rolls, spiral side down, into the two prepared cake pans, placing one roll in the center and 5-7 rolls around it.

Place pans in the oven and turn it to 350 degrees F. Bake for 20-25 minutes, until rolls are lightly browned and look a bit dry around the edges. Top with frosting.

While the cinnamon rolls are baking, make the frosting:

Whisk together all ingredients, except milk, until smooth.  Add the milk, one tablespoon at a time, until the frosting is thick but pourable. Pour over cinnamon rolls when they are still hot. 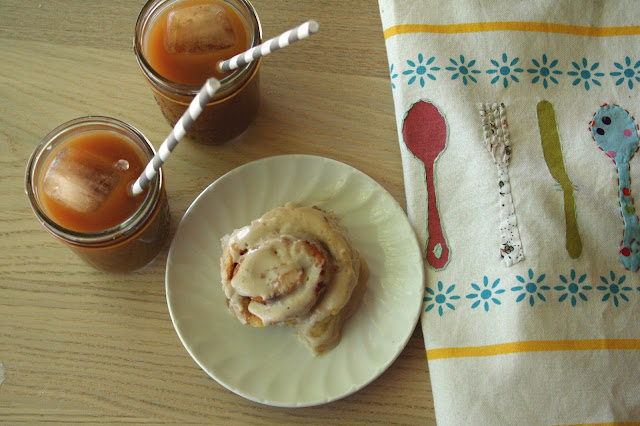