Authentic Cannolis You Can Actually Eat! 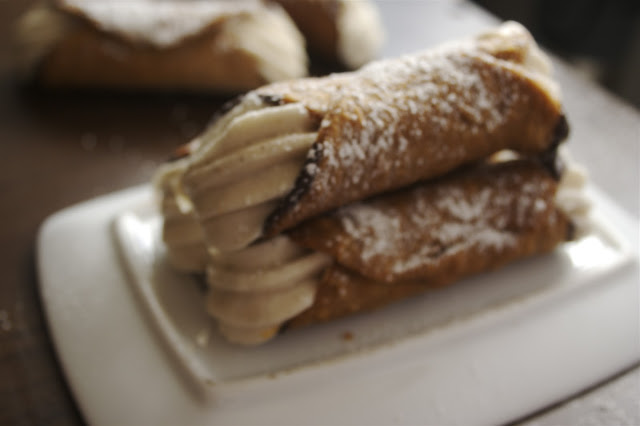 Since moving to Utah, I've noticed the lack of presence of some beloved pastries that could be found just about everywhere in New York. The heavy population of Italian Americans in New York lends to the ubiquity of delicious treats like cannolis. Now, I'm not saying you can't get a good cannoli in Utah (I hear carlucci's has a pretty kick-butt one), I'm just saying it's less convenient. And I don't know of anywhere that has a gluten-free version. So, I've taken it upon myself to make my own delicious version. Mission: accomplished.

When making something for the first time, it's always best to try it with a friend. My friend, Becky (of The Vintage Mixer) was more than willing to join me. Our shared hunger for new adventures in baking is one the things I love about her! She's posted a gluten-filled version of this cannoli on her page with a lovely variation on the traditional filling. If gluten-free is not something you're interested in, or you just want to mix it up a bit, I urge you to go check it out! 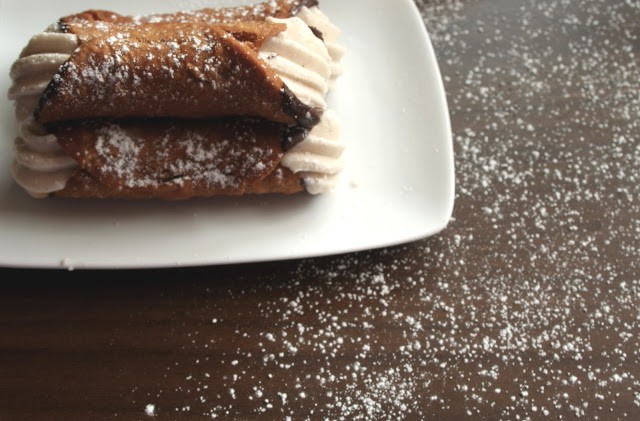 In the bowl of an electric mixer, stir together flour, sugar, cocoa powder, cinnamon, and salt. With the mixer running on low, add wine and oil. Turn mixer to medium speed and beat until dough comes together.

Lightly flour a clean work surface with some brown rice flour (keep a bit by in case dough sticks). Remove dough from the bowl and knead the dough, by hand, on the work surface for about 5 minutes.

Re-flour the work surface and roll dough out with a rolling pin to the thickness of a dime. Using a 4" round cookie cutter, cut pieces of dough out, re-rolling as needed.

Wrap each piece of dough around a standard (about 1" diameter) cannoli form, overlapping the ends and sealing with a bit of egg white.

Heat about a quart of oil in a medium to large dutch oven over medium heat. Heat to 360-380* degrees F. Drop cannolis into the oil, making sure not to crowd them. Fry about 1 minute, until golden brown. Remove from hot oil and set on a paper towel to drain. Cool.

*Make sure to constantly be checking the temperature of the oil. The shells can easily burn if the oil gets too hot.

Stir together the first 3 ingredients until smooth. Stir in the chocolate chips. Refrigerate until ready to use.

Dip the ends of cannolis in melted chocolate, if desired. Let chocolate set. Using a pastry bag fitted with desired tip, pipe filling into the cannolis. Dip ends in chocolate chips or nuts and dust with some powdered sugar, if desired.

Cannolis will keep no longer than 48 hours, well-wrapped, in the refrigerator. Filling will keep up to a week in a separate container. 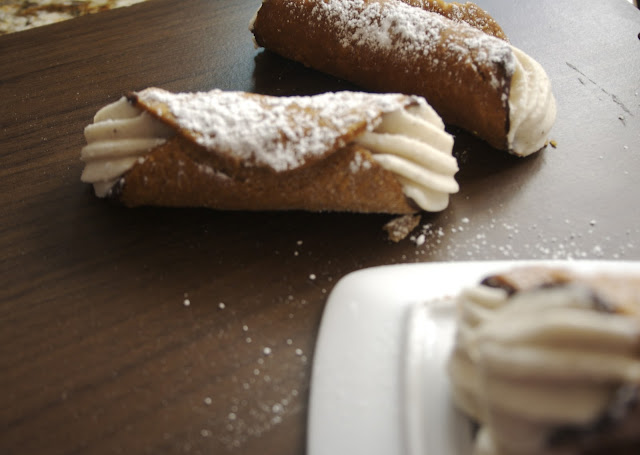